I go to a lot of customers where when I launch the Operations Manager Shell (PowerShell Interface for SCOM) the shortcut is broken.

This is often caused by a user installing SCOM to a drive other then the C drive.  I’m sure there a many other possible reasons but lets just focus on fixing it.

First I Open up a new PowerShell Command Prompt as administrator.

Then I run the same command on my SCOM Management Server that I know that the Operations Manager Shell works.

I notice a big difference in the modules listed for my PowerShell environment. 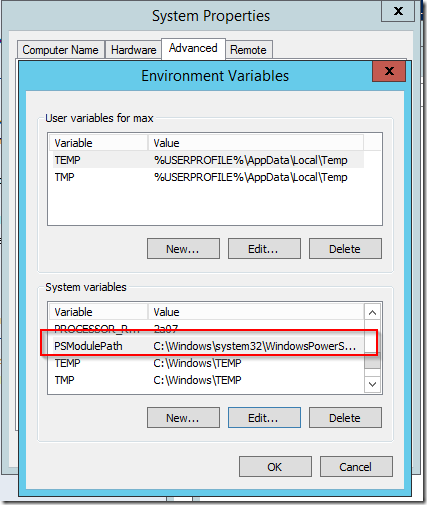 Here is the script I wrote to fix it with comments

Now when I run the shell it works.